I was truly excited last week to deploy my Breeze Lakes Point project to Vercel and have it working in the real world! Having authentication and a landing page gives you an excellent starting point to build a detailed, strong app.

In the previous version of this project, I had started working on a form using Redux to handle the state. With Nextjs, a lot of the work for maintaining and using state can be abstracted away and the resulting updates can be handled within the same project. Before I could get started leveraging this functionality, however, I needed to rebuild my form!

I located a really great example Formik Chakra UI, hosted on CodeSandbox, that also used Yup for object validation. I installed the following:
npm i formik
npm i formik-chakra-ui
npm i yup

I was able to create a working example pretty quickly, including pre-populating first name from my User object: 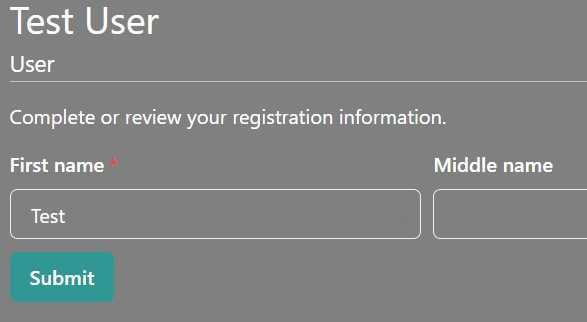 I was happily working along, adding more fields, pushing my code to GitHub, which in turn was generating deployments on Vercel. I was sure everything was fine but I wanted to take a look at how the form looked “in the wild”, so I navigated to the site, and saw only the First name field. Then I took a look at the deployments:

Oops! A number of my commits had resulted in build errors:

This error made sense, because I know there is an asynchronous update to my User object. What I couldn’t figure out was how to adequately resolve the issue. My Google research found very useful information:

With these 2 changes, my code built and deployed successfully. If you would like to take a look at the form in action, use the following test credentials for Breeze Lakes Point and click the link for the Registration page:
Username: sample@user.com
Password: samplepwd

I have learned so much this week from this project alone and I’m looking forward to getting this feature fully complete and delivered for demo.